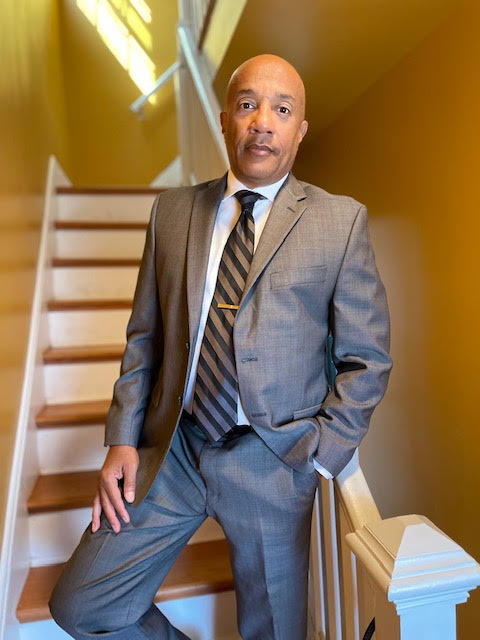 Melvin A. Taylor lives in Linden, New Jersey, He considers himself more of an entrepreneur, and resilient warrior, that just happen to have written The Kindred Spirits Book series. Historically, he has always been someone who ran away from anything that related to writing. He did graduate college with a Bachelor’s degree and is currently working in the brokerage industry with several securities licenses, but whenever it came to writing any kind of stories about himself, an event or simply updating his resume, He would reach out to his sister, Carol A. Taylor (the editor of the award-winning, bestselling Brown Sugar erotic fiction series). He has always been a strong believer that whatever you are seeking in life might be seeking you. He now believes that sometimes what you are not seeking in life, might be also be seeking you. Instead of running away from it, turn around and run towards it, embrace it. These 3 books are proof of that fact.

There are two key messages in this quote. The first is to be true to yourself: Be whatever you are, not whatever you wish you were or whatever your family and peers pressure you to be. The second is that you don’t have to be the best. Strive to do your best rather than beat out everyone in your chosen field or profession. If you try to be the best, you’ll quickly realize that there’s no real subjective way to measure who the best is and that you’re chasing a dream of perfection that can’t even be defined.

What inspired me to write these books:

An idea popped into my head about a month after 9/11/2001 while I was doing my
daily meditation. I used to live in Jersey City, N.J., and my commute to work was a
10-minute walk from my apartment to the PATH train. I would ride the PATH for
three stops into the World Trade Center and then catch a connecting train, which
I would ride two stops to the Wall Street area where my job was located. About a
month before the attack on the towers, a voice came to me out of nowhere and
told me as I was commuting, “When you exit the PATH train if you see yourconnecting
train, run and catch it because there might not be another train after that one”.

The morning of September 11, 2001, at 8:45 a.m., my connecting train was pulling
into the World Trade Center as I exited the PATH train. I did run for it and made my
connection, and that was one of the last trains to exit the WTC that day.

I was right there when the first tower went down, I ran for my life that day.
About a month after this incident, that same voice came to me with this idea,
and I thought to myself, “Man how are you going to get this done?” You have
never written a book before. I did try to ignore it. I tried to get myself wrapped
up in my job! I spoke to a couple of friends and my kids about.

This idea, They all loved it and told me to go for it. I told myself it was impossible,
and I moved on. At least that’s what I thought. The characters from the idea were
all reaching out to me, demanding to be heard and introduced to the public. So I
reminded myself, you listened the voice during September 11, 2001, and now you
need to listen to this idea and make it happen for yourself. I hope you enjoy reading
these books as much as I’ve enjoyed writing them.